Aldesa Construcciones Polska has signed a contract for the design and construction of the S19 expressway between Iskrzynia and Miejsce Piastowe with a length of 10.3 kilometres. The value of the contract is over PLN 365 million. The section will be put into service in 2025.

The contract provides for the design and construction of a 10.3-km-long dual carriageway expressway. Two road junctions (Iskrzynia and Miejsce Piastowe) and the Miejsce Piastowe Road Maintenance District will be built on the planned section. There will be two flyovers, five viaducts, 11 bridges in the expressway, as well as a passage over S19 for medium animals, a passage under the engineering structure for medium animals and a passage under the engineering structure for small animals. The road will be equipped with traffic safety devices and environmental protection devices. The task will take 36 months, including 10 months for the design and submission of a complete application for a ZRID (consent to road investment) decision.

– We are happy to sign another contract for the construction of S19 – says Javier Lamas Diaz, Managing Director of Aldesa Polska. – Counting the contract signed today, we have already implemented four sections of Via Carpatia for the General Directorate for National Roads and Motorways, the S7 road near Płońsk, the S6 road between Słupsk and Lębork as well as the traffic management system on the S6 and S7 in Pomerania and Warmińsko-Mazurskie. These are a total of seven projects. In Podkarpacie, we commissioned the S19 Sokołów Małopolski – Stobierna section in 2017. We are an increasingly important partner for the General Directorate for National Roads and Motorways and we are very happy about that.

Aldesa is currently the general contractor for six sections of expressways in Poland and for the traffic management system on S6 and S7 on behalf of the General Directorate for National Roads and Motorways, the general contractor for the redevelopment of the Rataje roundabout in Poznań and the Dynamic Passenger Information System for PKP PLK at 133 stations and stops throughout Poland. The company is one of the leading construction companies in the field of wind energy, builds tram and railway infrastructure, information systems (ITS) and security systems. The company belongs to the Spanish Aldesa Group which has over 50 years of experience in the construction industry and has been present in Poland since 2007. 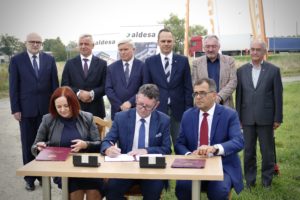 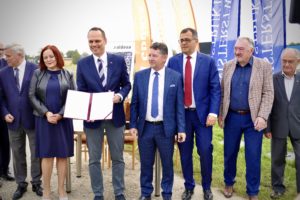 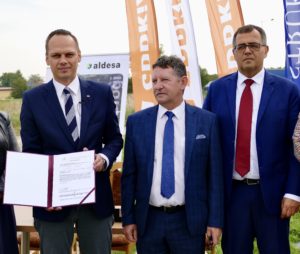 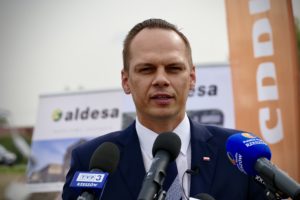 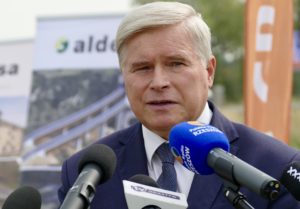 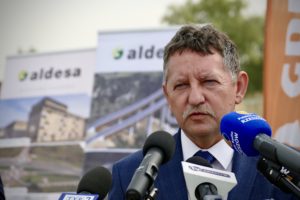 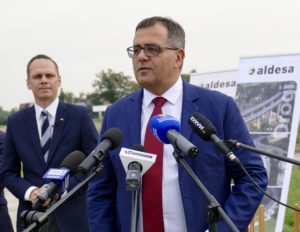